Who wrote the letters? 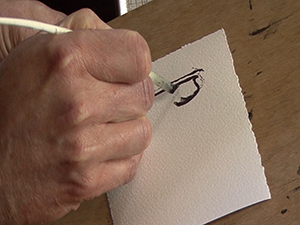 The short answer is not, usually, the person who composes the letter, but rather a scribe.

The reliance on scribes, sometimes more than one in a letter, complicates the notion of a letter as a one-to-one exchange. Margaret Paston is known, for instance, to have used at least 29 scribes, including her sons, a family bailiff, chaplain, prior, servants and professional clerks. The Pastons could write; there is the odd letter here and there that we can establish is in their own handwriting. For instance, there are three in John Paston's own hand but the rest of his letters are by his sons or servants.

The Status of Scribes

In the Middle Ages, composition was considered the art form, whereas writing was considered a menial task. The average scribe, in the later Middle Ages, had to work seven days for the sum earned in one day by a common foot soldier. The father of English literature, Geoffrey Chaucer, in the fourteenth century provides an interesting insight into the status of scribes. He never wrote his own works, rather he dicated them to a scribe. He famously chastises his scribe in one of his poems:

Translation: Adam my scribe, if it should ever happen that you write Boece or Troilus anew, may you have scabs and scales under your locks, unless you faithfully and accurately copy my lines. So often I must renew your work, and correct and rub and scrape; and all is through your negligence and haste.

Chaucer uses sarcasm and wit to expose the relationship between scribes and authors during medieval times. It is unclear whether the poem is a verse written as folly for entertainment, written as a book curse, or a threat, but in all cases it sheds light on authors' dependence and interactions with scribes during the medieval times.

The independence and voice of scribes can be discerned in the Paston letters, particularly in relation to their dialects. This is perhaps seen nowhere better than in a 1448 letter from Margaret to John, where two different scribes are clearly employed within the one letter: one has a London dialect whereas the other has a Norfolk dialect.

The real expert on identifying who had written the letters and documents amongst the medieval Paston collection was Professor Norman Davis of Oxford University. His two volumes The Paston Letters and Papers of the Fifteenth Century and the third volume, completed by Richard Beadle, Reader in English Literature of the University of Cambridge and Professor Colin Richmond of Keele University are the essential books to consult in respect of understanding who held the quills. Their work is a constant reference for the volunteers who work on this web site.