The Pastons and Kett's Rebellion

From Kett's Heights above the city, the panorama of Norwich is laid out before us. In August 1549 some 16,000 men were camped on this area of Mousehold Heath. They had been successful in capturing a train of cannon from the King's army in Norwich; the battery of cannon under the command of an experienced gunner named Miles were probably further to the right in our picture, behind the trees, perhaps on the site where the George White school now stands.

Looking over Norwich from the highest point of Mousehold Heath – St James' Hill.

At the time of Kett’s rebellion in 1549 the Pastons were one of the leading Norfolk families with strong connections to the Tudor Court. Around 1505 Sir William Paston (son of Sir John Paston the Younger and Margery Paston, née Brewes) had married Bridget Heydon, whose family had been bitter opponents of the Pastons. Sir William found favour at court and had accompanied Henry VIII to the Field of the Cloth of Gold in 1520.

The couple had four sons. Erasmus, the eldest, had died in 1538 and is commemorated by a floor brass in Paston Church. John Paston had moved to Huntingfield in Suffolk, where he was to become father-in-law to the great lawyer, Sir Edward Coke. Clement Paston was a captain in King Henry’s navy and fought with distinction at the Battle of Pinkie in 1547. Thomas had fought with Henry in France and became a member of the Privy Council. From the Dissolution of the Monasteries, Thomas had been rewarded by Henry VIII with former ecclesiastical estates at Binham, Blofield and Thorpe. 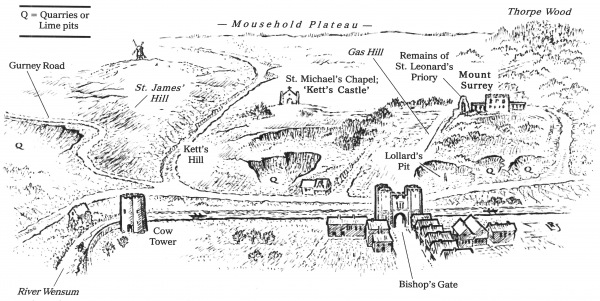 In 1549 yeoman farmer Robert Kett led a popular revolt,16,000 strong, against poverty and the enclosure by the rich and powerful of the people’s land. They marched from Wymondham to the common ground of Mousehold Heath, overlooking the city of Norwich. Kett insisted on high standards of law and order among his followers. However, when Kett’s demands were rejected by the The Protector Somerset, Kett led an attack on the city, defeating the army of the Marquis of Northampton at the Battle of St Martin’s Palace Plain.

Over the course of the years, there have been various opinions on the precise sites of events and the final battle. Our illustration is by Leo Jary, from his 2018 publication "Kett 1549, Rewriting the Rebellion". 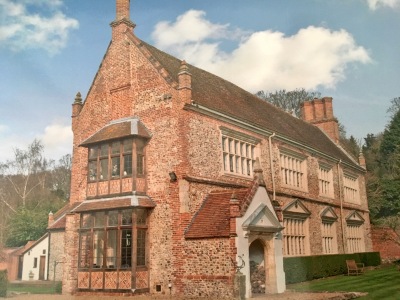 Sir Thomas Paston was one of the senior figures who was helping the Marquis of Northampton defend the City of Norwich against Kett’s attack. His father, Sir William, supplied two cannon from Caister Castle to add to the defences. Sir Thomas’s estate at Thorpe bordered the common land of Mousehold Heath, and he had also been involved in managing the disgraced Earl of Surrey’s palatial house on the Heath, known as Mount Surrey, which was used by Kett for prisoners.

By this time field cannon, primarily sakers and robins, had larger wheels for their carriages, but it must still have taken some time to move the two from Caister Castle to the site. The rebels made a clever raid on the city, knowing that it would be difficult to move field cannon through narrow lanes, seizing a number of them. It seems likely that some guns were then recovered by the Earl of Warwick's forces. The rebels' master gunner Miles seems to have created an effective gun platform, using the higher ground, but his firepower was not sufficient to prevail in the final battle. 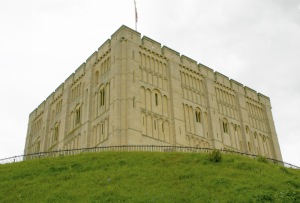 In a year of rebellions across the country, this most serious of the challenges to the authority of the Crown would not go unchallenged, and a professional army, led by the Earl of Warwick, was dispatched to crush the rebels at the Battle of Dussindale. Kett was caught, tortured and executed, and his body was suspended from the walls of Norwich Castle. His brother's body has suspended from Wymondham Abbey, the church of their home town. Four years later the Earl of Warwick was himself executed for his part in treason against the Crown.