Plague spread across Europe in the 1340s, arriving in England in the summer of 1348 and in Norfolk in 1349. The first wave, often called the Black Death, killed a large number of people, perhaps as many as half the population. Once it was in England, the disease did not go away, but occurred in waves for another three centuries. These outbreaks might be nationwide, but often the disease would spike in particular areas, while other areas were hardly affected at all that summer: plague, in sharp contrast to covid in the 21st century, was very much a summer disease, dying down in the autumn and winter months. 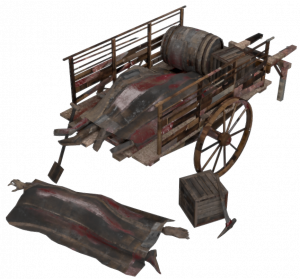 With little medical understanding, each outbreak of the plague struck great fear into city populationsThere was no registration of individual deaths or burials in England until 1538. This means it is impossible to be exact about waves of plague in the Middle Ages, what places were affected and to what extent. Major outbreaks are mentioned in historical chronicles made at the time or relatively soon after – for example, a severe outbreak in Norwich in 1479 is mentioned in the city's records. Other outbreaks can be deduced from a sudden rise in deaths of particular groups of people, for example parish priests, monks, or, at the most local level, the tenants of a manor. Other sources include the contemporary evidence included in documents like the Paston letters.

The letters have several references to plague in the later fifteenth century. In 1454, William Paston in London wrote back to his brother John: 'here is great pestilence' In a letter written probably on 10 November 1465, John Wymondham wrote to his cousin John Paston that there was a child dead and another dying 'at Astley's': Wymondham and his wife had therefore asked John's wife to come and stay with them.

Margaret Paston's mother and cousin fled Norwich in 1465 because the plague 'was so fervent in Norwych' and the family deserted the city again in 1471 for the same reason. Writing on 14 September 1471 at Waltham next Winchester, John Paston says, 'I pray you send me word if any of our friends or well-willers be dead, for I fear that there is great death in Norwich and in other borough towns in Norfolk. For I ensure you it is the most universal death that I ever wist in England; for, by my troth, I cannot hear by pilgrims that pass the country that any borough town in England is free from that sickness. God ceases it when it pleaseth Him.'

Escaping from the City

On 5 November 1471, Margaret Paston names some people who have died (presumably of plague) in Norwich, including 'Picard the baker of Tombland'. She says: 'We live in fear, but wot not whither to flee, for to be better than we be here.' Wealthy families like the Pastons were able to escape from a city into the relative safety of the country during times of plague – a choice not available to the poor.

In October 1479, Sir John Paston was in London on business, writing home: 'for the first four days I was in such fear of the sickness, and also found my chamber and stuff not so clean as I deemed, which troubled me sore'. He was right to be troubled; he died a few days later. By December of that year, his brother, also named John, was more relaxed when commenting on his own situation: 'Thanked be God, the sickness is well ceased here, and also my business putteth away my fear.'

A great deal more is known about the plague and its effects after 1538, through the survival of parish registers of burials. From 1579 there are also records of measures to try and control plague, both orders issued by the Privy Council and records of county or city and borough authorities. Both the Norwich and Yarmouth corporation records include details of measures to control plague once it had broken out.

The most common was an extreme form of isolation: if plague broke out within a household, everyone in the house would have to remain in quarantine within the house until all danger of spreading the infection had passed. The authorities would arrange for the occupants to be suppled with food and drink. In the second quarter of the seventeenth century an even more extreme form of isolation was used: pest houses were established, and those who had caught the plague might be forced into the house until they either died or the infection had passed.

The so-called plague mask was invented in 17th century France, but may have appeared more in comic scenes than in realityLocal lockdowns were also practised: trade might be forbidden between towns when plague had broken out somewhere – both long-range trading, for example between Norwich and London or Yarmouth and Newcastle, and localised trading: when there was plague in Wymondham, the locals were not permitted to come to Norwich Market to sell their goods.

There was a very bad outbreak of plague in Norwich and Yarmouth in 1579 and another in 1603. There were several more in the next sixty years, but fortunately they were not so severe. There was another major outbreak in 1665-6, affecting Yarmouth and Norwich very badly. This turned out to be the last outbreak: the plague had finally been conquered.

Kindly contributed by Frank Meeres, a historian of Norwich and Norfolk, with great insight on county records through his career at the Norfolk Record Office. He is author of "How Norwich Fought Against the Plague".

Meeres, Frank, How Norwich Fought Against the Plague - Lessons from the Past, Poppyland Publishing, 2021
www.poppyland.co.uk

For all Paston Letters relating to plague outbreaks, use Taxonomic Search on the Search the Letters page.