The Pastons and Yarmouth

The Pastons were one of Norfolk’s most prominent families from about 1380 until about 1730. They rose from medieval peasants, becoming successful and prominent lawyers in Tudor England, eventually gaining lands and titles as members of the aristocracy.

Clement Paston’s marriage to Beatrice Somerton - around 1375 - ensured that over the next three centuries Great Yarmouth would play a key role in the family’s fortunes. Beatrice’s mother was a member of the Clere family from Ormesby on the Isle of Flegg. Beatrice’s brother Geoffrey was an attorney and served as Member of Parliament for Yarmouth. At that time, the defensive walls around the town of Yarmouth would have been nearing completion. 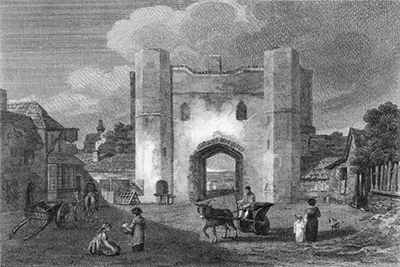 Yarmouth North Gate from the inside; demolished 1807.

Clement and Beatrice’s only child, William, used his successful legal career as both Serjeant at Law and later as a High Court Judge to purchase a great deal of land in Norfolk, including fertile estates at Winterton and Repps. William also inherited his uncle Geoffrey’s property in Southtown and Gorleston. One of Judge William Paston’s final acts was to arrange the marriage between his eldest son John to the heiress Margaret Mautby, of the parish of Mautby. Once John Paston had joined the household of Margaret’s cousin, Sir John Fastolf, the Paston ‘encirclement’ of Yarmouth was complete.

The knight Sir John Fastolf, known for his exploits with the king in France, was part of an ancient Yarmouth family. He had a fleet of ships based in the town which were used to support the building of his great castle at Caister and to service the old knight’s extensive trading and commercial enterprises. We know little detail of his fleet but see glimpses in the Paston Letters.

The son of judge William Paston, John Paston I, became lawyer to Sir John Fastolf. As such he wielded considerable influence, and we shall never completely know the truth of Sir John's will, dictated privately to John Paston a few days before the knight's death. Did John Fastolf really mean to hand his worldly goods and properties in Norfolk to John Paston, and forget about the many others who had served him through the years? In 1459, John Paston’s disputed inheritance of Fastolf’s lands, wealth and property placed Caister Castle in the front line of East Anglia’s power struggles.

Despite the loss of much of the Fastolf estates, John Paston held on to Caister Castle. Supported by his highly competent bailiff Richard Calle, John Paston began to profit from the rich soils of Flegg. Barley was traded out of Yarmouth, much of it carried by crayers (cargo boats of 25-30 tons), along the coast to maltings in Essex.

While the wide estuary which put Norwich virtually on the coast gradually became narrower and finally restricted to the river Yare, shipping continued to make considerable use of Yarmouth. No doubt the great Norwich merchant and friend of the Paston's, Robert Toppes, received much of his merchandise through Yarmouth, where seagoing vessels trans-shipped their goods to the keels, later the wherries, that could make the journey to Norwich. Toppes' great warehouse, which we now know as Dragon Hall, was a place familiar to the early Paston family. 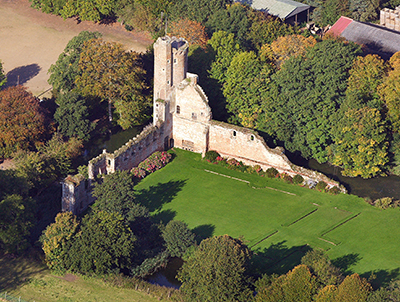 We know from the Paston Letters that piracy was a problem around the Norfolk coast. With varying allegiances with France, Holland and others, and straightforward profit-seeking through raids at sea, Margaret Paston had cause to report that, "Ther ben many enemys ȝzens Ȝermowth and Crowmere, and haue don moche harm and taken many Englysch men and put hem in grett distresse, and grettely rawnsommyd hem and the seyd enmys been so bold that they kom vp to the lond, and pleyn hem on Caster Sonds, and in other plases, as homely as they were Englysch men."

John Paston’s second son, John Paston the Younger, hero of the 1469 Siege of Caister Castle, became head of the family in 1479. In 1485, the Pastons’ benefactor, the Earl of Oxford, became Lord High Admiral and appointed John Paston as his deputy. John Paston later became a Member of Parliament for Yarmouth and in 1488 was feasted by the Yarmouth Bailiffs on porpoise, a royal fish. 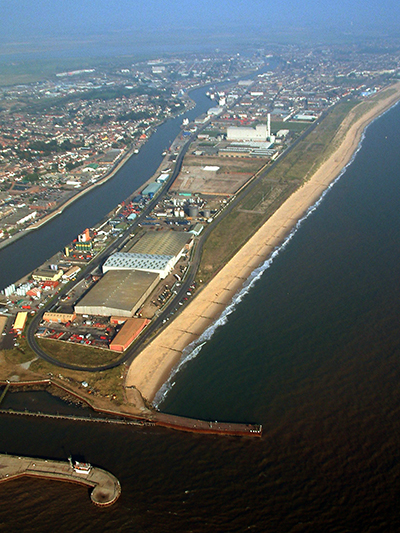 In the course of the Pastons' time of influence the entrance to Yarmouth harbour moved several times; in all there were seven havens.Yarmouth was a wealthy port, both from its herring fisheries, its general fisheries and as a trading port. The fortunes of the port declined in the 16th century, but the Paston family continued to prosper and to increase their wealth and influence.

In the 1660s, Sir Robert Paston, laden by debts incurred during the Civil War and in subsequent years, attempted to favour his interests on the south side of the River Yare. His grand plan for a rival customs house was thwarted, but he did succeed in unifying the north and south parts of the town. In 1679 Sir Robert Paston became the first Earl of Yarmouth. The receipt of this title stemmed from the gratitude shown to the loyal Sir Robert by his monarch, Charles II.

By 1732, when William, the second Earl of Yarmouth, died, the Paston family had all but disappeared. However, Yarmouth was to have one further part to play in the Paston legacy. A number of the family’s famous collection of letters, retrieved from Oxnead Hall in 1735 by Francis Blomefield, passed through the hands of Yarmouth antiquarian John Ives on their eventful journey to publication, the moment when the name of Paston was immortalised.

Nelson's place in the story

Norfolk's most famous sea-going hero, Vice-Admiral Horatio Nelson, has his own place in the Paston story. The Walpole family at Mannington Hall were friends of the Pastons in their time, and the Walpoles were distant relatives of the Pastons. The young Nelson would have known directly of the Pastons from when he attended Sir William Paston's school at North Walsham. Together with all the boys he would have walked past Sir William's grand tomb in North Walsham church; his familiarity with Great Yarmouth came later, with his command in the North Sea fleet and his return to Norfolk as a hero after the battle of the Nile.

For more on Great Yarmouth and the Paston story, see Dr Rob Knee's lecture "The Pastons and Great Yarmouth - Controlling the Hinterland" at the Footprints Yarmouth Symposium.